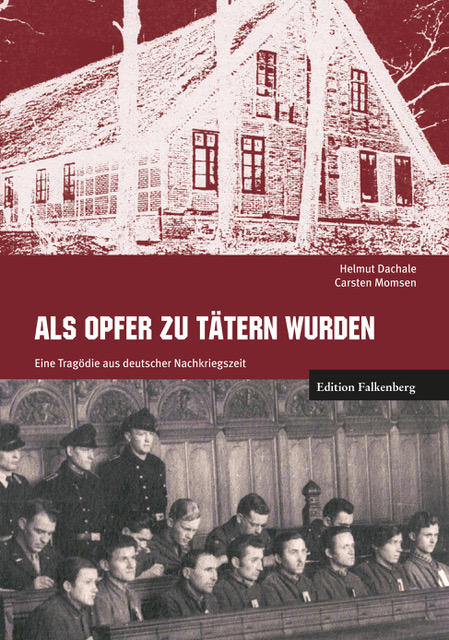 Event as part of the „BremerBuchpremieren", a series of events organised by the Bremer Stadtbibliothek & the Bremer Literaturkontor

WHEN VICTIMS BECAME OFFENDERS. A tragedy from post-war Germany

November 1945: What began as a robbery ended as a massacre. Twelve people were shot dead on a Bremen farm, including five children. A crime that stands out in German post-war history for its brutality alone. Nine former forced laborers were immediately arrested and quickly sentenced, four to death.

Were victims of the Nazi regime perpetrators? Was it only possible to explain the terrible and blindly raging events if the previous injustice of deportation and forced labor was not concealed? Sue Ryder, a British woman who was socially engaged in Germany at the time, for example, was of this opinion. "In the chaotic aftermath of the war," she said, "some of the liberated committed acts that they would never have committed in normal times, in their native environment. Today almost a banal truth, then dismissed as arrogance.

More than 20 years later, the case made headlines nationwide: Three of the convicts were still in prison - even though they had long been pardoned. But essential questions remained unanswered, contradictions unsolved. Dachale and Momsen provide answers by brightening up backgrounds and establishing previously unknown connections.

Part 1 of the book (The Crime): The course of events and its prehistory, the police investigation work and the legal procedure. It describes the time between surrender and a new beginning, in which irreconcilability was highly valued and traditional resentments were still present. As bizarre as some things may seem, current references are nevertheless becoming apparent.

Part 2 (Retribution and Forgiveness): Execution of the four condemned to death within a few months - despite requests for mercy and the intercession of Wilhelm Hamelmann. He was the 13th victim, the only one to have survived the attack seriously injured. Years later, Hamelmann also campaigned for the release of the remaining prisoners. What drove him? Why were three pardoned prisoners denied freedom for years to come?

Part 3 (Plea for the Forgotten): Here the criminal lawyer Carsten Momsen takes the role of a defender of the accused suspects. Based on today's standards of German and US jurisprudence, he deals with the trial at the time, the evidence and the lack of evidence, as well as with the pardon procedure that has dragged on for decades.